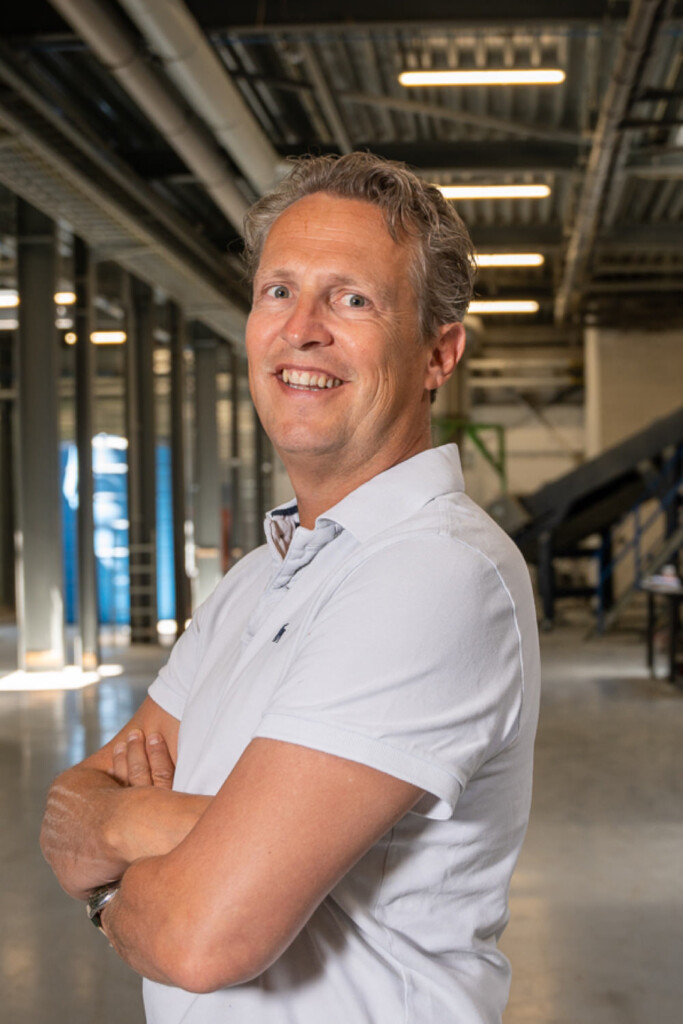 Marcel Alberts is the founder of Healix and has been active in the fiber and technical textile industry for almost two decades and is well aware of the necessary changes. The idea derived from Marcel‘s intention of improving the fiber sector’s sustainability. As Managing Director of a leading industrial and high-performance fibers supplier called FibrXL, Marcel organized a hackathon named Project Helix. This was a 24 hours event where industry partners met to tackle challenges related to sustainability and circularity in the technical textile and fiber industry. The event was summarized in the quote ‘Stop talking, start doing’. This sparked the idea to take action and create a new start-up called Healix. Healix was founded in 2021 by Marcel Alberts who has a long-lasting career and the technical textiles industry and a proven track record in building new businesses from scratch.

I feel a moral obligation to develop and promote circularity in our industry. We have to re-think our business models so that plastic waste does not end up in oceans or landfills but serves as feedstock for global manufacturing chains. Plastic is here to stay, what will and needs to change is how we use and dispose it. Companies of the future know that its success depends on its relationship with society and the environment. 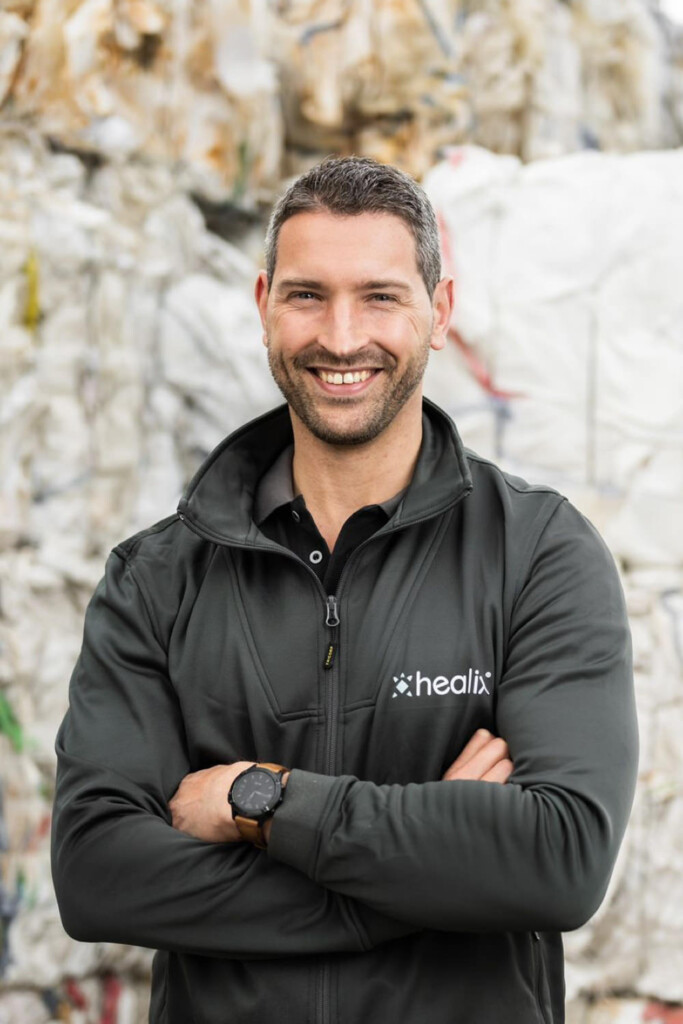 Stefan is managing all operations in the Healix plant. Stefan started working for Healix at the very beginning, in 2020 he encountered Marcel, at that time Healix was still only an idea. Previously Stefan worked at DSM Protective Material (the former Dyneema), during his time at DSM he learned a lot about yarn/fiber processing, fiber-based end products, or applications such as nets and ropes for the maritime and offshore industry. Stefan saw the need for change towards sustainability in the industry. Many companies and end-users in this sector are mostly engaged in their core business and often do not have the resources, network, or knowledge to work on end-of-life solutions. Therefore, Marcel’s idea of starting clean tech start-up Healix appealed directly to him.

Recycling plastics is obviously not new or unique, but recycling textile and yarn-based plastics is. It takes the necessary “know-how” and innovative equipment and technologies to successfully recycle fiber based products. At Healix, we are working hard to develop the appropriate recycling process for this. It is very fun and challenging to work for Healix. It is great to see a company grow from a business plan on paper to a concrete factory with more than 15 employees within a year. It is very satisfying to be able to contribute to this and to shape the company during this stage. 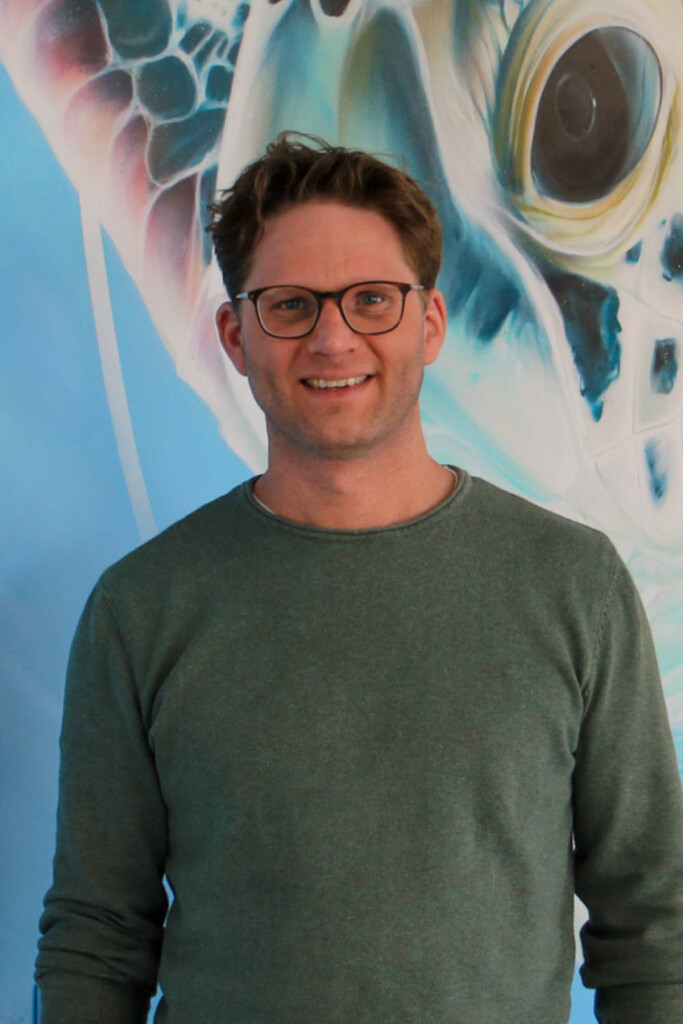 Jeroen is accountable for the open-loop sales at Healix and has a lot of experience in the plastic and recycling industry. He worked at SABIC, QCP, and SUEZ before starting to take on the sales at Healix. Having worked in an all-around industry environment (from waste to virgin) Jeroen understands the – large – differences that currently exist between these worlds and learned how to connect them. Marcel Alberts approached Jeroen in 2021 because he needed someone to develop an open-loop business for his recycled fiber-based polyolefins.

Healix is a fantastic adventure and very inspirational. The speed of business development and plant construction is high, but also necessary, as there is a lot of demand for high-quality recycled polyolefins, and we need to try to satisfy that. There is a lot of fiber in the oceans and on land, which is polluting and endangering our environment, but no one really had an answer for it, as these fibers are complex structures to recycle. Healix is one of the first I know who is taking an active role in changing the fiber industry, which also fitted well within Jeroen’s own sustainability-quest, as he wanted to further explore other areas of recycling. 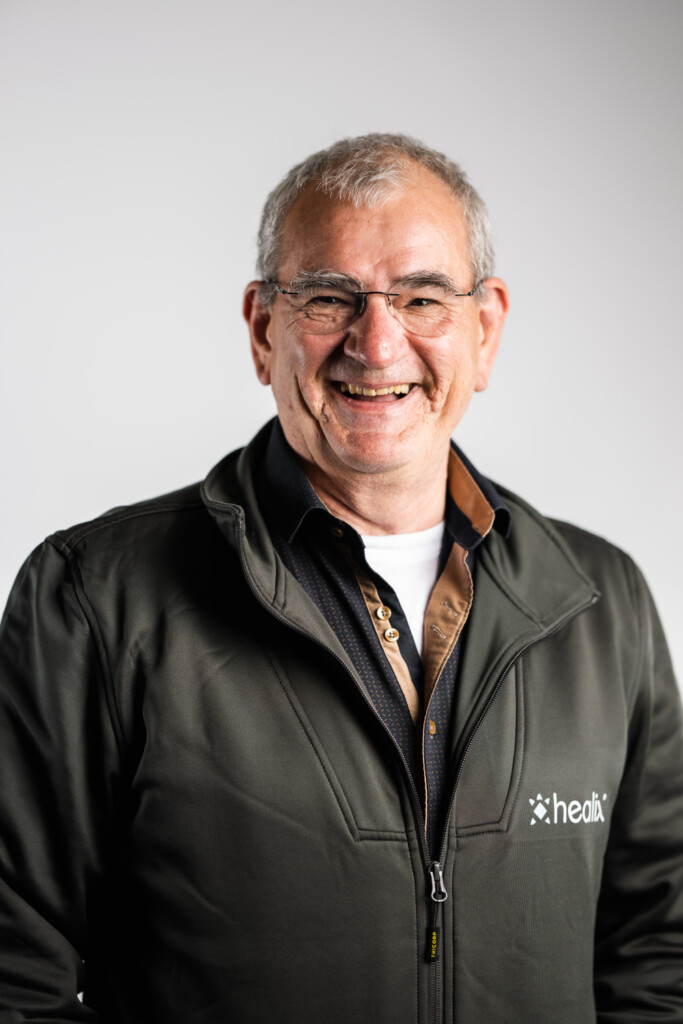 At the beginning of his career in the plastic industry, recycling was completely out of the question. Ladis’ many travels brought him into contact with the recycling of plastics, which impressed him immediately. Through his network, Ladis came into contact with Marcel, who told him about Healix. Of course, recycling plastics is nothing new, but Ladis was drawn to Healix because it has a unique concept, recycling textiles and yarns into high-quality granules. Ladis is responsible for the quality of the granulate. If Healix is able to establish a good working process for this, it will have quite a head start on its already existing competitors.

It is necessary to look for alternatives to the use of the virgin materials. Certainly from an environmental point of view, it is a very good thing that people are becoming increasingly aware of the fact that we cannot continue to pollute and abuse our planet in this way. Fortunately, more and more people are becoming aware of the need for more “green” products on the market. I also strongly applaud this and hope through my work at Healix can contribute to a better environment so that our grandchildren can still enjoy this beautiful planet. 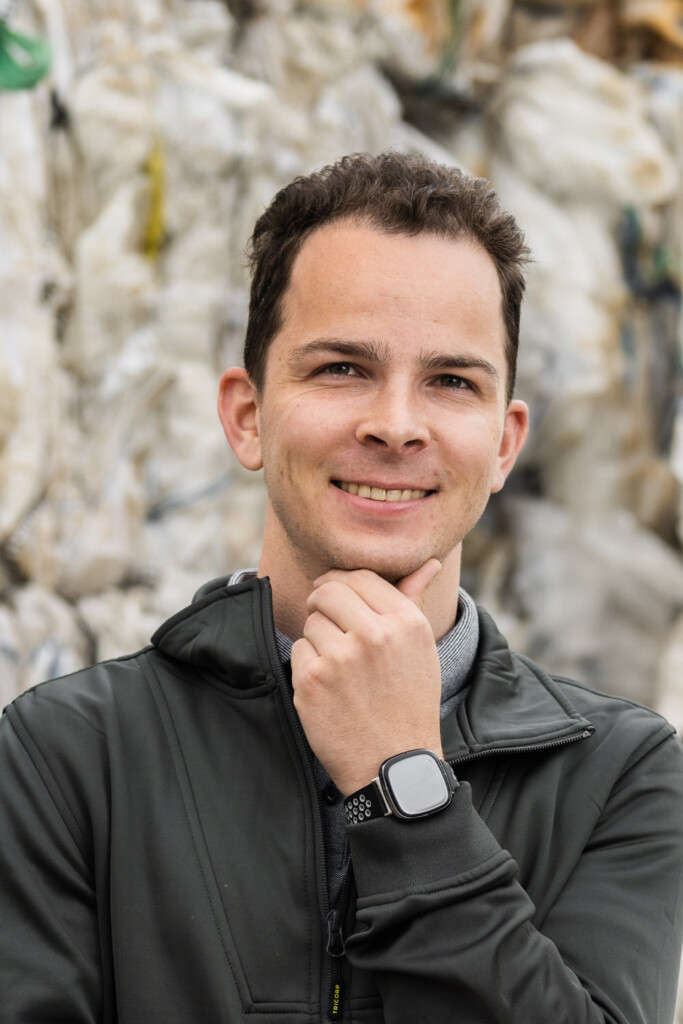 Jean-Pierre is managing and controlling the financial side of the business. Before working at Healix, Jean-Pierre worked at GEONIUS as a project controller and financial administrator. Initially,  he was not planning on leaving his former position but was approached by a recruitment agency that convinced him into taking on an interview with Marcel. To him, the core business and values of Healix appealed directly. There were so many convincing reasons, as being part of a start-up intending to change the fiber industry towards circularity, that made Jean-Pierre become the financial manager and controller at Healix.

With my financial background it reassured me enormously that a big bank as ABN AMRO had invested millions in Healix because of its potential. Currently we are still in the start-up phase but if we can get through the most difficult part, we can get through the easy part. We have the supply and the demand, I am convinced that once the turnover can be increased, we can grow incredibly fast. 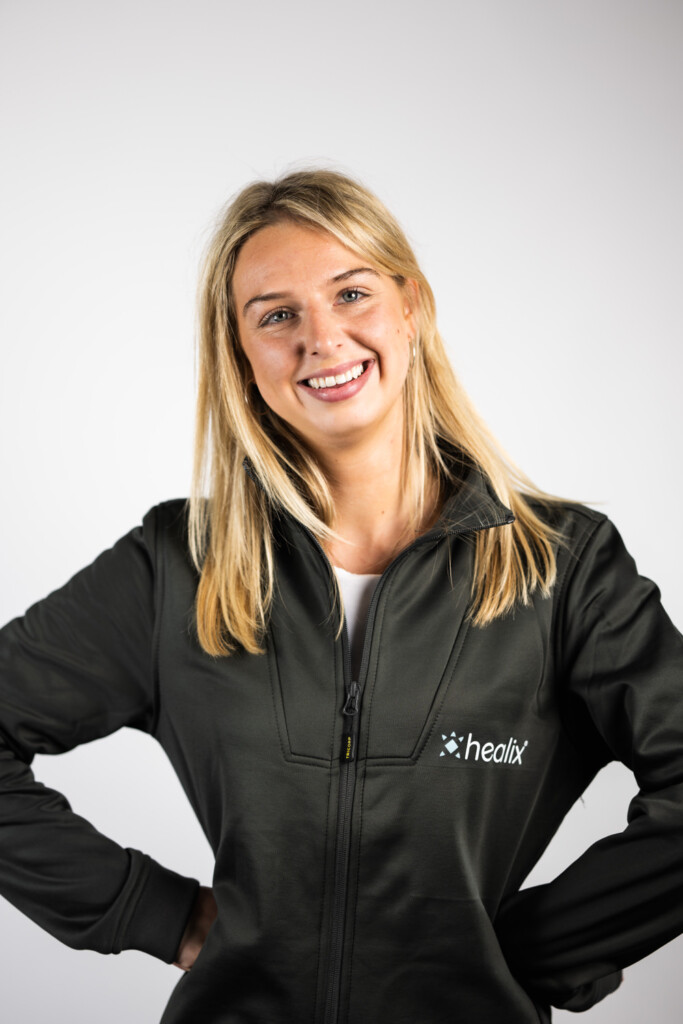 Sjoerdje is partly responsible for the marketing and communication at Healix. She started as an intern at a time when Healix only existed on paper.  The core business of Healix matches exactly her course at the university ‘Sustainable Value Chains’. Together with Marcel and Stefan, she wrote the business plan for Healix and researched the European open-loop market for recycled plastic. After graduating she got her first job at Healix.

I learned so much in past 1,5 years at Healix. It is great to work for a start-up from the beginning. Marcel gives me a lot of responibillity which helps me to develop myself very quickly. I am very proud to work for a company that aims to change the fiber industry, it shows my generation that it’s not too late and there are companies out there that think about our childrens future and want to change the world.