"The greatest threat to our planet is the belief that someone else will save it.”

Plastics have become the ever-present workhorse material of the modern economy – combining unrivalled functional properties with low cost. Their use has increased twenty- fold in the past half-century and is expected to double again in the next 20 years. Today nearly everyone, everywhere, every day comes into contact with plastics – especially plastic packaging. While delivering many benefits, the current plastics economy has drawbacks that are becoming more apparent by the day. After a short first-use cycle, 95% of plastic packaging material value, or 80 – 120 billion Euro annually, is lost to the economy. A staggering 32% of plastic packaging escapes collection systems, generating significant economic costs by reducing the productivity of vital natural systems such as the ocean and clogging urban infrastructure . If we fail to act, by 2040 the volume of plastic on the market will double. 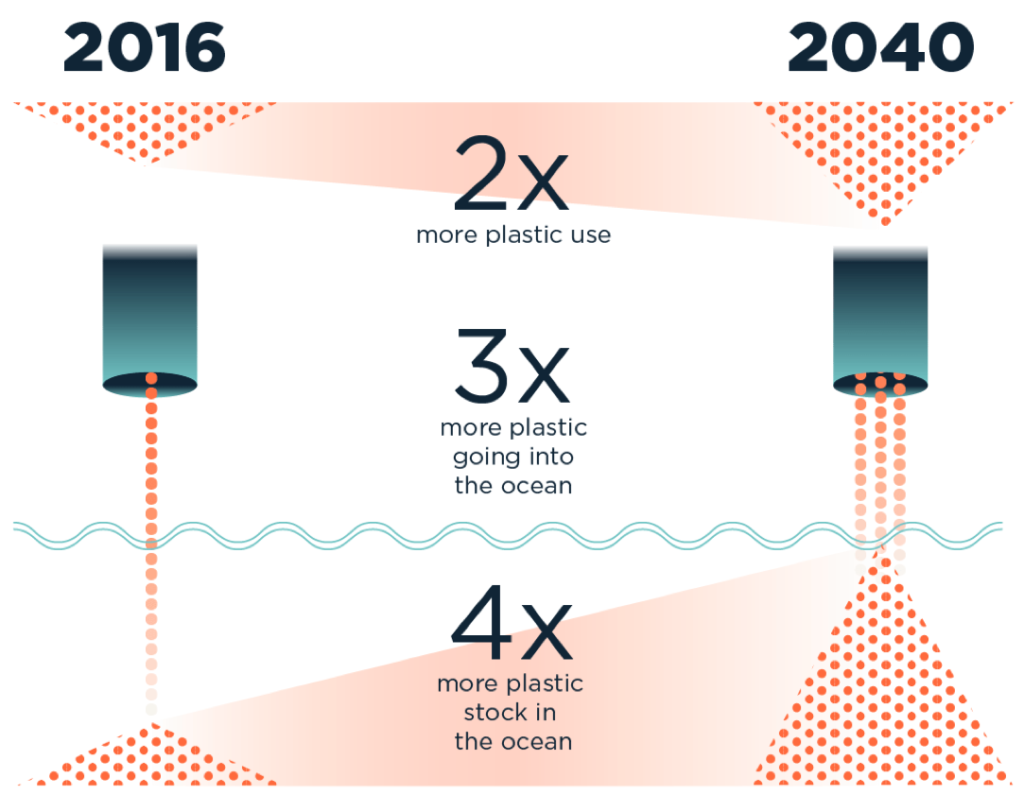 Plastic waste is entering the ocean at a rate of about 11 million metric tons a year, where it is harming marine life and damaging habitats. Despite growing awareness, the problem continues to get worse. Without action, the annual flow of plastic into the ocean will nearly triple by 2040, to 29 million metric tons per year2. Already, the ocean is filled with about 165 million tons of plastic. That's 25 times heavier than the Great Pyramid of Giza.

Most of the plastic waste ending up in oceans is transported through urban rivers. Remarkably, only 10 rivers worldwide are responsible for 90% of the plastic ending in the ocean, nearly all located in Asia. 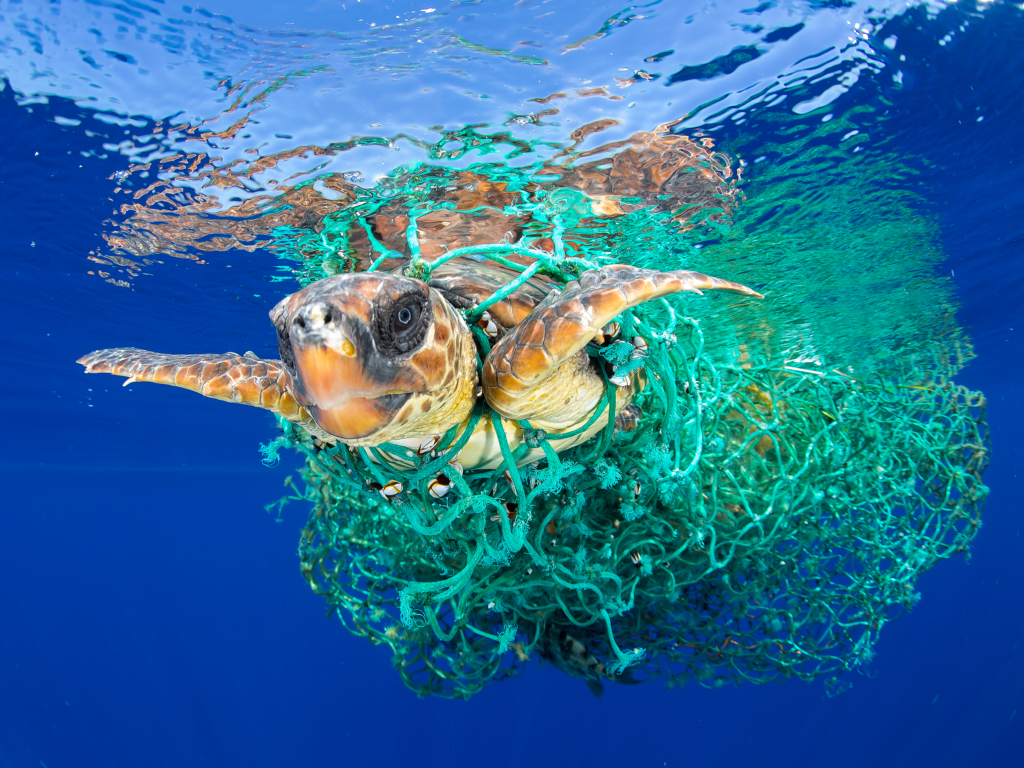 One of the most damaging types of marine plastic pollution is abandoned, lost or discarded fishing gear – commonly called “ghost gear”.

It’s estimated that ghost gear makes up at least 10% of marine litter. That means somewhere between 500,000 and 1 million tons of fishing gear gets left in the ocean every year. Nets, lines and ropes from fishing and shipping make up 46% of the 45,000-129,000 tons of plastic floating in the North Pacific Gyre.

A recent study from WWF estimates 5.7% of all fishing nets, 8.6% of traps and pots, and 29% of all fishing lines used globally are abandoned, lost or discarded into the environment. According to the WWF report, Stop Ghost Gear, published in October 2020, ghost gear is the deadliest form of marine plastic debris. It can continue to catch target and non-target species unselectively for years, potentially decimating important food resources as well as endangered species, such as marine mammals, seabirds, and turtles.
Plastic pollution is becoming a huge problem all over the world but if we act now, it is not too late to fix it.